My writing life is picking up, and most of that is self-propelled. I’ve sidled up to the authorial buffet and loaded my plate with agent querying, short story submissions, publication management, a monthly column, weekly blog posts, deep revisions on a full manuscript, and penning two more short stories for upcoming contests and anthologies. It’s a lot to take on, but I’m leaving the table satisfied. Maybe a bit stuffed, if I’m honest, but I’m managing it because I’m motivated to be successful as an author. But success isn’t born merely of tireless work and unyielding motivation. It also requires a subtler, more intuitive quality Marines like to call Semper Gumby: flexibility.

Flexibility on goals and plans. Flexibility with plots and character arcs. Even flexibility with deadlines, when editors allow. That last point most certainly has been crucial for George R.R. Martin (finish the damn book, George!) 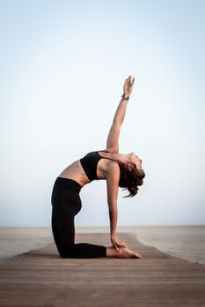 The ability to willingly change direction or details on a project when needed has probably kept many a writer from drowning in self-contempt and a bottle of whiskey. All writers have experienced that crisis of self when carefully laid plans (or even vaguely envisioned ones) implode or derail—either by self-immolation, editor insistence, or divine intervention. We start to doubt our merit as a “serious writer” and wonder if we have what it takes to make it in this industry if we can’t even wrangle a character we’ve created into a plotline we’ve devised by a submission deadline we’ve agreed to. The ability to pivot is essential to keep from entering this dark night of the soul.

I have a case in point, which is actually the sneaky key point of this entire post. Last fall, I came up with a serialized story to post to my website, The Recipients of the Years of Amelia Layne, or ROYAL for short. I absolutely love this story and believe it has great potential to be a future web series or—dare I dream?—a scripted and produced show for network or streaming services. My long-term goal in regard to ROYAL is to learn the mechanics of screenwriting, write it up as the television drama I already see in my head, and shop it around everywhere I can. In the meantime, I figured I could work out the overall plot and episode details by producing a serialized novel and publishing it one episode at a time on a monthly basis to my website. At the time, my site content was lacking and my blogging habit was spotty at best, so this seemed a great way to impale two apples with one arrow.

Fast forward to May 2019, and two things became apparent. One, as mentioned above, my writing life had begun to pick up, and I needed to prioritize projects. In an attempt to give a little without giving a lot, I decided to move ROYAL to an every-other-month vice a monthly release schedule. That would give me more time to flesh out and write a quality episode. I published episode eight (out of fourteen planned) that first week of May with a promise to post episode nine on July 1. As that date drew closer and closer, and I barely had five hundred words scraped together for episode nine, I began to dive into the dark night of my soul. That place where I had to admit I’d temporarily run out of steam on the story and just couldn’t prioritize it enough to finish it in time. That place where I began to question my suitability as a real-life, serious writer. How can I be a True Author when I’m capable of disappointing my fans—my followers—in such a way?

Then, the second thing became apparent. No, not that disappointing fans is EXACTLY what True Authors do (finish the damn book, George!!), but that one must have fans in order to disappoint them. And while I have a busload of followers for my site (literally, they’d all fit on one greyhound bus . . .), ROYAL isn’t what was bringing them in. Granted, the series started out strong with the initial episodes drawing in several readers, but those numbers dropped with each episode until we’ve reached the point where the last two episodes have garnered one read each. Not one read a day or week. Not even one per month. One read. Ever. And I’m not even convinced that one recorded page visit wasn’t just me checking my story from another computer or location. OUCH.

For a hot minute there, I considered cancelling the series, shelving it indefinitely, and pretending like the whole thing never happened. I also thought about forcing myself to push out something—anything—to avoid not living up to my own expectations. Some half-hearted drivel that would no doubt be filled with adjectives, passive voice, stilted dialogue, and cliché metaphors (the crutches of my rough drafts) in order to avoid perceived failure. I’m not willing to do either, and so my serialized story–in its current form–has come to a standstill. Yet, I don’t necessarily see this as a failure. With a ton of flexibility mixed with some resiliency and a dash of creativity, I instead view it as an opportunity.

In the future, once I’ve become more firmly established as a True Author (based on my own personal criteria for what that exactly means), I plan to expand my authorly offerings to include a monthly newsletter. Newsletters need content, which usually comprise news on releases and publication schedules, events, cover reveals, and other related bookish items. They also often include original content. My friend and inspiring indie author Amanda Linehan includes a free short story in each of her newsletters. Exclusive bonus content is a great way to thank loyal fans and followers for their support and potentially draw more in.

So, this is my pivot. The flexing of my flexibility muscles, so to speak. I don’t have to shelve a story I love and believe in, simply because I currently have neither the time nor the followers to invest effort in it. I just have to reimagine it’s function and place in my author career. With that unyielding motivation I mentioned above, the limited time aspect won’t change (and may get worse!) but my follower count surely will for the better. ROYAL will be a perfect “thank you” to them, and I’ll be able to continue working on it in the background, perfecting it, until I’m ready to spin up my newsletter. By that time, I may have the entire series completed and polished, without the stress of looming deadlines and publishing-on-the-go. Having original content ready to go, even if it’s already had a brief, former, and largely invisible life on my website, will be invaluable. And, it will still be available for when I’m ready to venture into screenwriting.

If you’re building your own writing career and find yourself faced with an unexpected or unwelcome change of plans, keep in mind that one of the best tools to put in your writer’s kit is flexibility. Semper Gumby!

← Monthly Mental Munchies: June 2019
Why A Writer is Like a Raven Desk →