I have a plant in my office that is nothing short of pathetic. It started life vibrant and healthy, but through unintentional owner mismanagement and intentional cat munching, it now hangs on by a thread. Or a root. I water it only when I see it wilting. I don’t feed it vital plant food. I haven’t added soil or—god forbid—thought about repotting it even though its clearly in need of one or the other. And I constantly forget to shut the door to my office, thus inviting that damn cat to come in and munch away. I want it to spring back to life, but my efforts to see that actually happen are minimal. Maybe it’s time I recognize it for the failed greenthumbery experiment it is and toss it. But I’m not ready to let it go.

I have this same experience with my first book.

Authors, editors and agents will tell you that the first book an author writes is almost never the one they get published. They advise writers to view it as the likely garbage fire trial run it is and hide it away in a deep, dark drawer somewhere. It’s not wasted time. It’s practice. Training wheels, you might say, for the entire process of conceiving, drafting, writing, and editing a book. 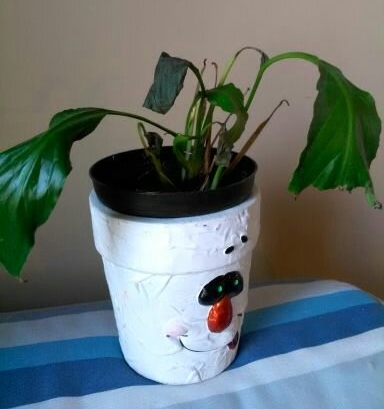 Most writers don’t realize this until after they’ve queried the hell out of that book. Only after their one-hundredth rejection rolls around do they begrudgingly accept that maybe the book isn’t as great as they thought. Perhaps the sentence structures and paragraph connections are spot on, but the concept itself is tired. The characters are flat or inconsistent. The plot is sluggish or convoluted. Maybe it’s a great concept, but the execution falls flat. These are flaws not easily seen by the creator who spends a year or more inside the world of their book. All babies are beautiful to their parents, after all.

I’ll admit my first book was an ambitious piece of work. The young adult high fantasy saga follows four main characters—seventeen-year-old quadruplets who’ve never before met—across dozens of worlds as they chase after a device needed to defeat the enemy that chases them. The entire epic unfolds through four planned books. Having written all that, I can hear the collective “oof” from agents and editors. It’s a lot for a debut novel. That oof played itself out as I went through the query process with only two follow-up nibbles and an ocean of negative or no responses. Understandable, in hindsight.

The rejection hurt. It always does, but this was an acute pain because this book—this beautiful, lush baby of mine—truly is the book of my heart. While the original concept came to me back in 2001, and I’d fiddle with it from time to time through the years, it wasn’t until 2014 that I sat down to begin work in earnest on it. 2014 was a horrible year for me emotionally. Family trauma pushed me to seek release through world and character building. Any time the pain and impossibility of life overwhelmed me, I’d dive into the world of my FourBorn girls and soothe myself with a reality I controlled. Many writers can relate to that.

I survived the awfulness that was 2014 and came out the other side with a complete novel. I spent the next year polishing and refining it, and it was a thing of (subjective) beauty. I just *knew* agents—eager to share my imaginative storytelling—would snap it up and rush it through the publishing process to bestow this literary masterpiece on the world. That’s one of the hazards of being a writer—we’re exceptionally good at creating fanciful and improbable realities.

Fast forward to today: a reality that finds my first novel shunted to a folder on my hard drive that hasn’t been touched since November 2017. After my last failed attempt via Pitch Wars to get my inaugural work noticed, I swallowed the bitter pill that perhaps FourBorn wasn’t the YA masterpiece I imagined it to be. Maybe this baby was rough and unsuitable for the market. Maybe the flaws were fatal. So, I took the prevalent industry advice to shelve it and move on. Since then, I’ve written several short stories (one of which was accepted for commercial publication-yay!) and have produced another book—a Middle Grade superhero adventure—that I’m now querying. 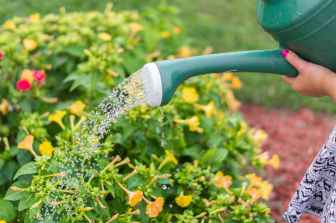 Since I’ve wrapped up work on my MG novel, my mind has wandered back to the multiverse worlds of my FourBorn book. I know what many of the flaws are, though I haven’t yet given much thought to how to fix them. I have other short projects I’m constantly working on, and I have a folder chock full of novel-length ideas that I’m eager to jump into. But, my first book sits there in my mind like that plant on my shelf. It’s weak and pitiful and serves no current purpose. Part of me says it’s a lost cause and not worth the effort. It’d be easier to throw this one out and start again with a new plant. To learn from the mistakes I made with this one. To remember to close the damned door to my office (forget saving the cat; how about saving the plant from the cat?!)

BUT . . . maybe all it needs is a fair assessment of its needs. Some attention. Some time. Some work. If I commit to giving it what it needs, it could once again be a thriving, healthy, oxygen-effusing plant. That doesn’t mean I can’t get another plant in the meantime, but I’m not ready to consign this one to the compost pile, either. I took the plant outside yesterday and added nutrient-rich soil to the pot, watered it and placed it back on my shelf. I’ve promised myself that I will water it more faithfully. I will give it plant food spikes. I will do my best to protect it from the cat. Maybe it won’t survive regardless, but I’m willing to do the work to give it its best chance of success.

This weekend, I’ll be setting aside a bit of time—just an hour or so—to open that neglected folder for the first time since 2017. I’ll open the word document that contains my beautiful and imaginative FourBorn worlds, and I’ll get to work.

1 comment for “When to Walk Away and When to Stay: Writer’s Edition”

I picked this quote by the wonderful “Mister Rogers” to start the new year because it’s going to be important to keep in mind. I’m afraid 2022 isn't going to be a stellar year, at least not in the opening months. 😩
New post on my website for 30 December 2021: Jack of All Fandoms
I'm generally an easy person to buy for. Get me some speculative fiction stuff, and I'm pretty happy. My husband obviously knows this and gifted accordingly.
Sometimes, our lives are better suited to an episode of “Nailed It!” than a carefully-crafted Instagram post. Case in point? This month’s “Writers Doing Non-Writing Things” (or more accurately, “Writers Trying to do Non-Writing Things and Failing Miserably At Them.”)
Loading Comments...
%d bloggers like this: